We’ve got all sorts of competitions for schools (and individuals) to get involved in this Maths Week Scotland! Whether you or your students enjoy games, challenges, photography or just playing to win, there’s something for everyone.

This guest post from Sumdog catches up with the winners of the 2018 Sumdog Maths Week Scotland Contest to find out what the competition was like for the winning class. 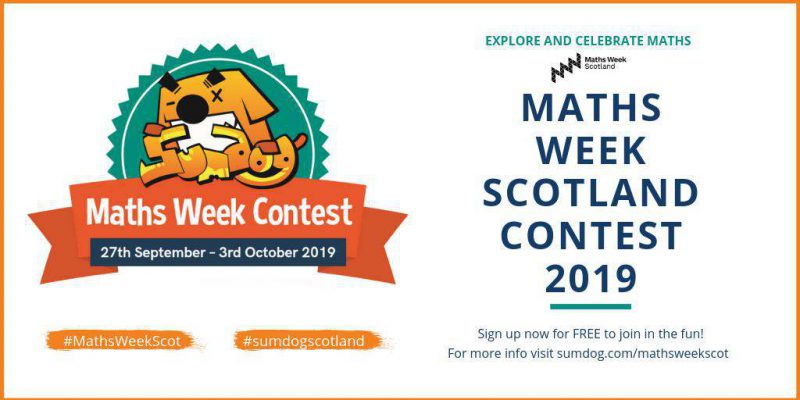 We are really excited to be supporting Maths Week Scotland once again, celebrating maths and its importance in our daily lives. Between 27th September and 3rd October children can take part in Sumdog’s free Maths Week Scotland contest. Classes will compete across the country to be in with a chance of winning the Sumdog trophy, which will be presented during an exclusive visit to Sumdog HQ! With this fantastic government initiative fast approaching, we caught up with Claire Docherty, proud teacher of 2018’s winning class.

Entering the national contest for the first time

Having used our platform as part of her teaching for the past 6-7 years, it was no surprise to find out that Claire’s Primary 7 at St. Louise Primary were regular users of Sumdog. Although all classes at St. Louise regularly entered Sumdog contests, this was the first time they had participated in Maths Week Scotland. “We decided to really get involved with Maths Week Scotland, taking part in several activities across the week and thought that the Sumdog contest would be a great addition. We were all familiar with how Sumdog worked and the class were really excited to take part.”

Initially they were playing for fun, enjoying friendly competition with other classes and younger siblings in the school. It was only when one of her pupils spotted their class name near the top of the Sumdog leaderboard that they realised they could actually win. “Once the pupils knew they had a chance to come first place, they became even more determined!” 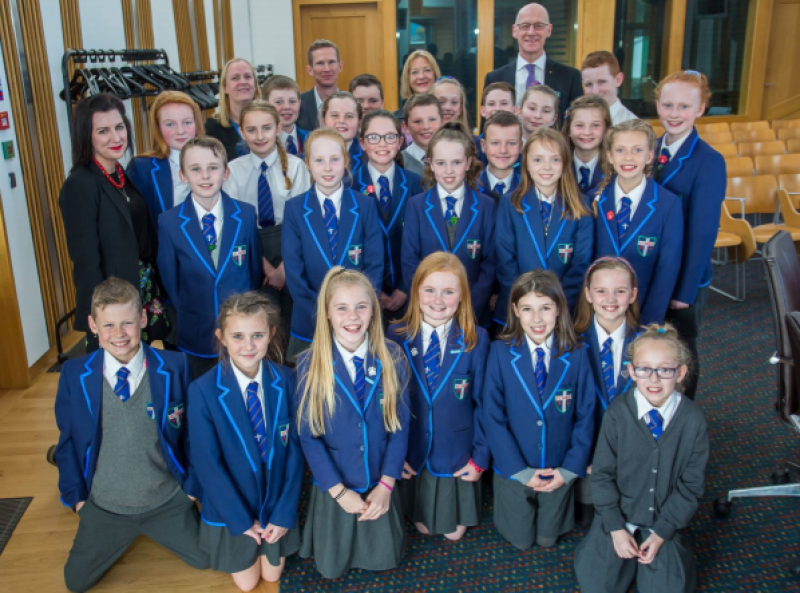 The contest changed pupils’ perspective on accuracy vs speed

As the contest continued, Claire began to notice a real shift in the children’s attitudes towards maths. “The contest completely changed their perspective on accuracy vs. speed. My pupils were constantly reminding each other to concentrate on the accuracy of their answers and not to rush. This was great to see as a teacher.” The contest also encouraged pupils to work together after realising they could only win as a class if everyone participated, with Claire describing it “a real team effort”.

The Sumdog contest was a win for the whole school

Playing until the final minute, Claire’s class were so excited to see themselves at the top of the leaderboard “we were absolutely delighted when we found out – the children were so happy”. After answering an average of 916 questions correctly throughout the week, Claire and her class won a free 6 month Sumdog maths subscription, a trip to the Scottish Parliament and a trophy presented by Deputy First Minister John Swinney. “It was the absolute highlight of our year” Although it was the P7s who took home the trophy, Claire described it as “a win for the whole school”. Pupils were praised at the school assembly, sent congratulatory cards from surrounding schools and even received a letter from local MP Lisa Cameron!

For a chance to win this year, you can sign up here. 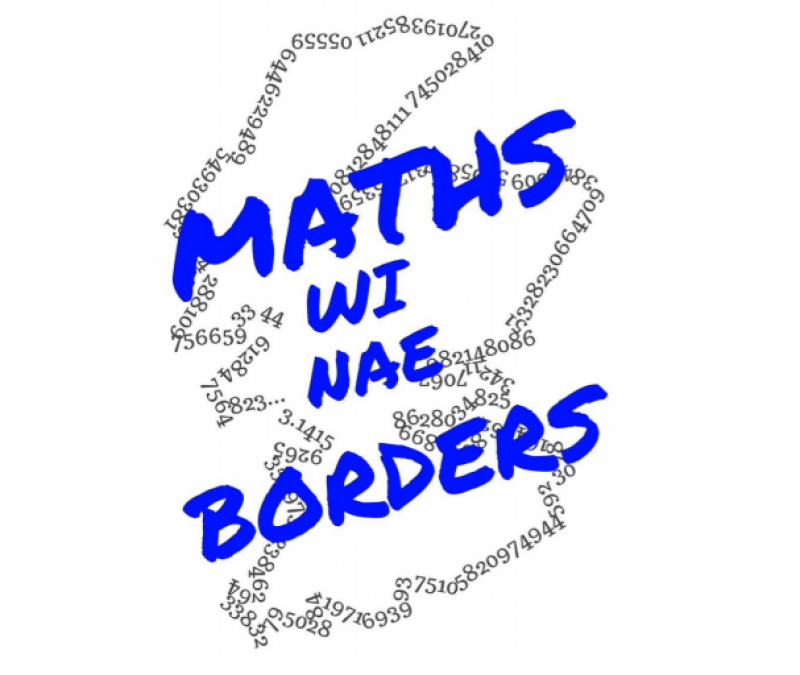 Inspired by the annual Mathématiques sans Frontières contest, this mini-competition is for any class to complete together.

Download the questions here and post your entries by 18 October to be in with a chance to win!

Mangahigh.com (maths platform) will be hosting a free online competition open to all schools in Scotland. Students aged 6 to 16 can play activities aligned to the Curriculum for Excellence, win points for their school and compete on the Scottish leaderboard for school/individual prizes, trophies and certificates.

With free online training and support with set up it is a great opportunity to get your students fired up for Maths Week Scotland. Sign up here to get involved! 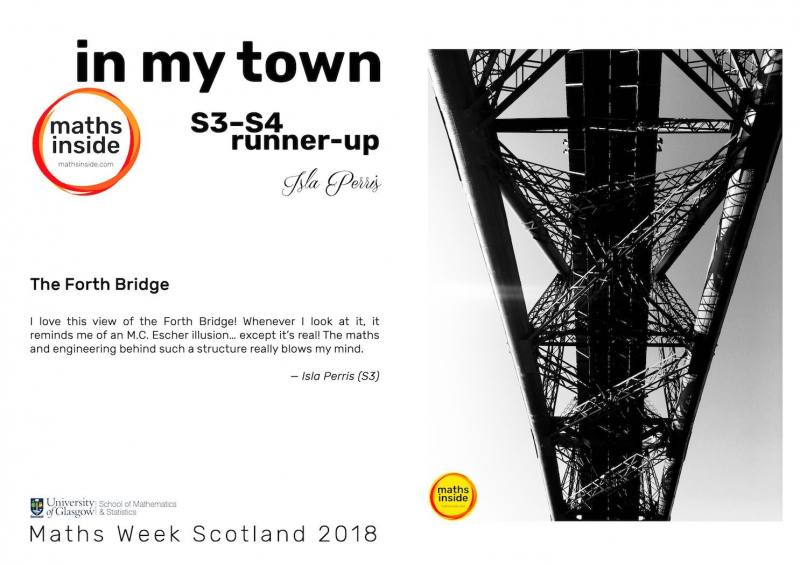 Search for the maths around you in this year’s Maths Inside photo competition. This years themes are in my town, in the wild and complete the pattern.

This year’s competition is open to everyone! Entries will be accepted 30 September - 6 October 2019.

Find out more on the Maths Inside website and get snapping!

Let us know what you’ll be getting up to this Maths Week Scotland, and keep us with us on Twitter. 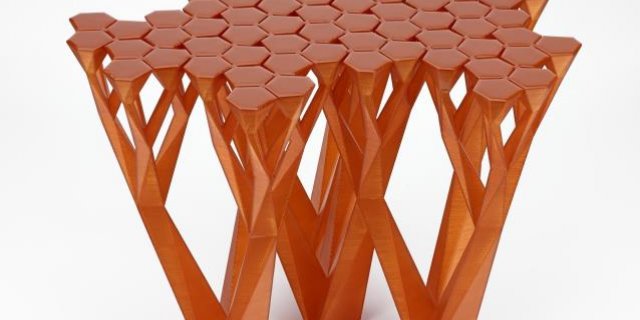 Maths is all around us. At home, in everyday objects and in nature. National Museums Scotland collects and cares for millions of objects. We have taken a delve into the stores for some maths inspiration to help you enter the Museum Art challenge. 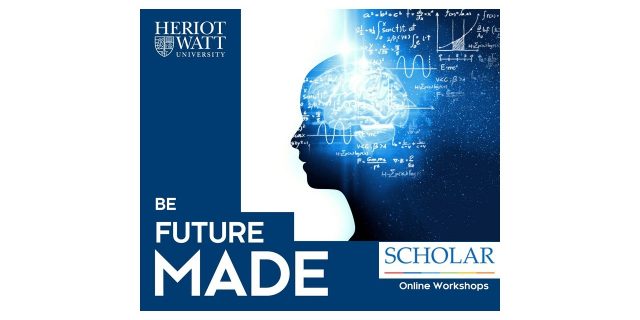